So on this Saturday, I decided to watch two of the best summer movies ever. Jaws and The Burning.
Two films that put fear into to everyone’s hearts. 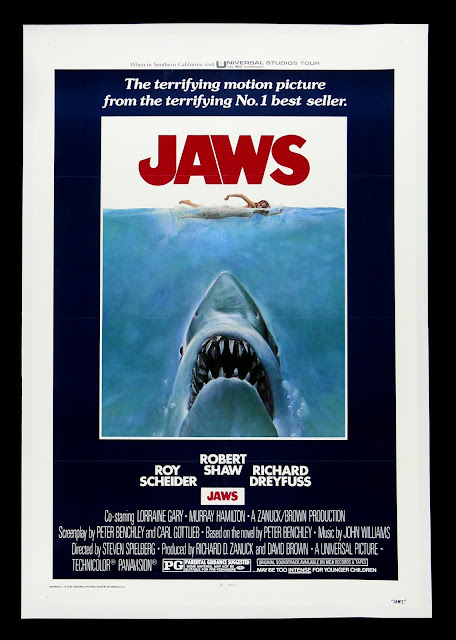 Jaws will forever be one of the scariest movies of all time. I know it kept a lot of people from going into the water, even pools and lakes. Powerful performance from all the actors on this film. This movie grips you because it’s on the water, you can’t run or out swim a shark. There’s nothing you can do. When you see them on a boat you feel claustrophobic, the line “We need a bigger boat” is very true. The cage Richard Dreyfuss gets in still makes me cringe. Robert Shaw will always be Quint to me. That dude was perfect. That is how I thought all sea fisherman acted. Just a rough and tough guy. Brody acted how any of us would have been in that situation, scared shitless! We will never  really know what creatures lurk in the depths of the ocean. I loved how the Mayor and shop owners wanted to keep things quiet just to keep money coming there way. This still happens today. Jaws will forever be a summer movie, and probably has one of the best kill scenes ever, Quints death scene, and John Williams music sets the mood perfectly! Made in 1975, still horrifying in 2015! Thank you Steven Spielberg! 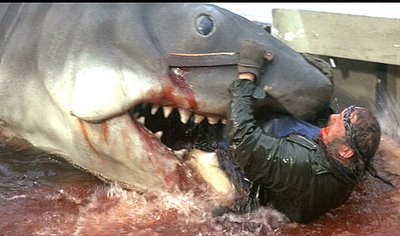 Now for The Burning

This is one of those fabulous 80’s slasher films all of us love.

The caretaker of a summer camp, named Cropsey, gets a trick played on him by kids that leaves him a burned up disfigured man. Being released from the hospital, he has only one thing on his mind, killing kids at camp. Armed with hedge clippers, Cropsey is ready to get his revenge. 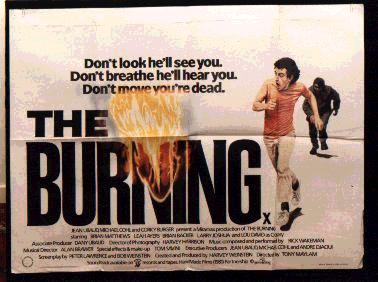 We all love this movie! Some of the best kills are  shown here. The raft scene is brutal. Tom Savini showing why he is the best at what he does. The dude will always be one of the greatest FX guys ever! Don’t forget the cast, this film has a few young faces you may recognize. Jason Alexander, Brian Backer, Fisher Stevens, and Holly Hunter. Love the POV shots, just lets you see how Cropsey is going in for the kill. You also feel bad for Alfred, this kid is pushed around so bad, and hated on by just about everyone. This is another reason why a lot of kids didn’t go to summer camp. This movie will go down as one of the best slashers of all time! Also, I hate Glazer! Thanks to Larry Joshua for playing the perfect douche! 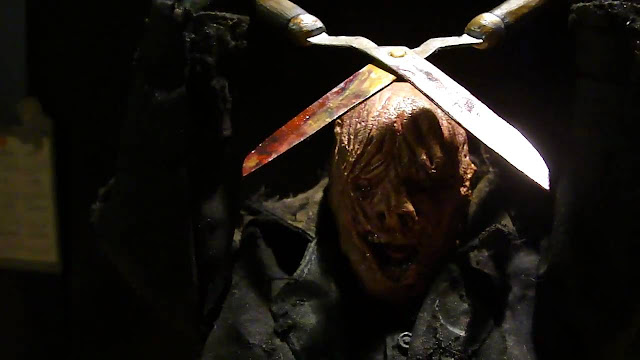 So, go and enjoy your final night at Camp Carnage, and get ready for our huge final day!!